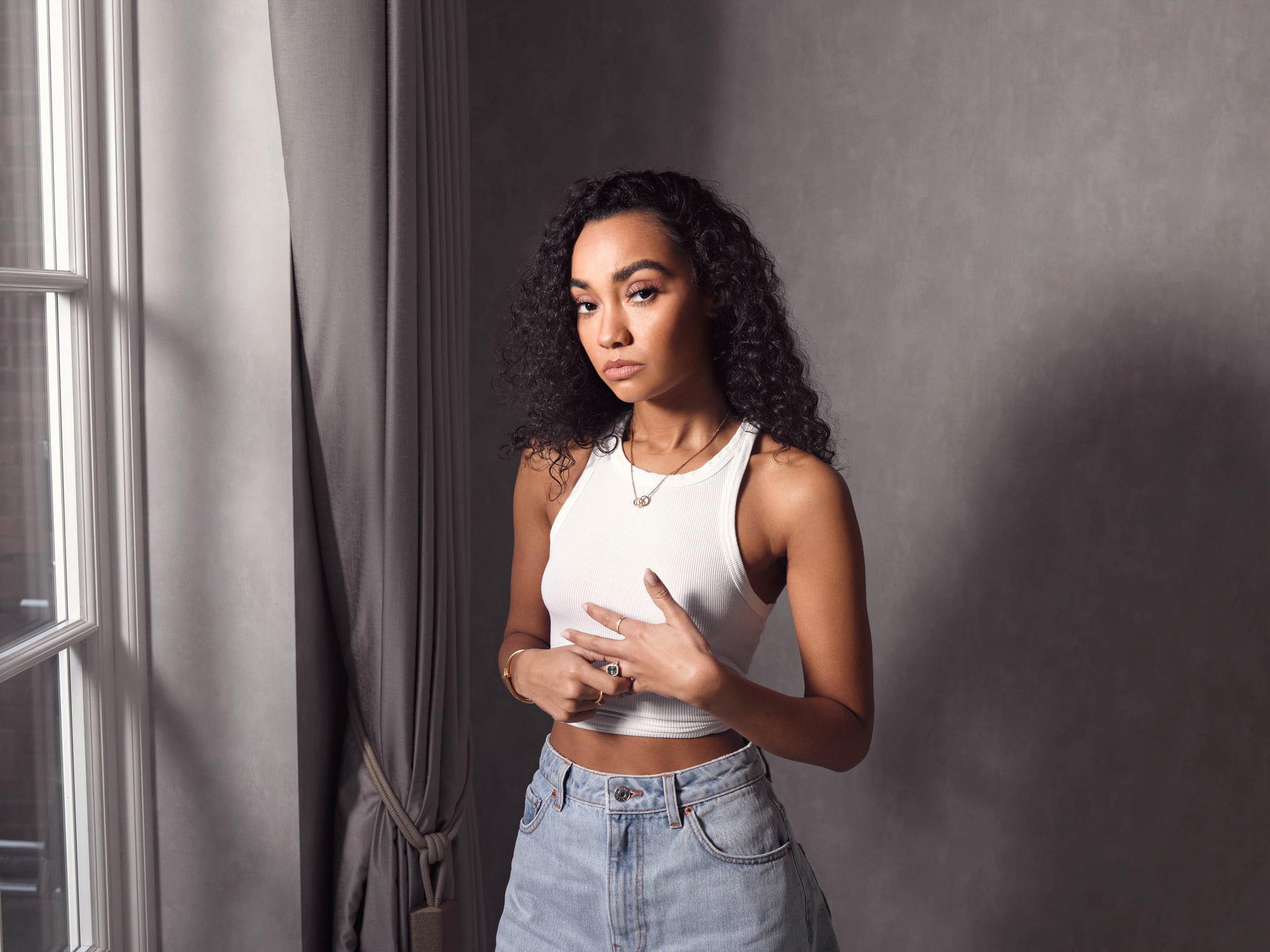 Leigh-Anne Pinnock's documentary Leigh-Anne: Race, Pop & Power on BBC Three explores the Little Mix star's experience of racism in the music industry and how that differs from the experiences of other Black female artists in the UK.

Anyone who lends their platform to positive social change should be celebrated, and I have a newfound respect for Leigh-Anne Pinnock as a person and as an artist. Sadly, when watching the documentary, it was difficult to fully connect with its message of antiracism because her partner, football player Andre Gray, shared colourist and homophobic thoughts on Twitter in 2012. Although he has since apologised on multiple occasions, we are curious how Pinnock was able to move past his tweets after dating Gray for only a few months. Would you continue dating someone if you found out they had problematic views in the past? And how do we navigate forgiveness when people also need to be held accountable?

"Andre and I had only been going out for a couple of months when some offensive tweets he'd written years before we met were picked up by the press," Pinnock said in Leigh-Anne: Race, Pop & Power. "He wrote them eight years ago, and I know now that those tweets were a blatant example of colourism." Gray's tweet from 11 March, 2021 read: "Black girls with red lipstick is like burnt toast with jam on it #leaaaaveityeahhhhh", which was three months after Gray tweeted, "Is it me or are there gays everywhere? #Burn #Die #MakesMeSick". Gray was 20 years old at the time of the tweets.

After only a few months of dating, that would have been enough of a red flag for me to walk away — but saying something and actually doing it when you're put in a position between your heart and your convictions isn't easy.

In the documentary, Pinnock explained that she will never know what it feels like to be a dark-skinned woman, and seeing Gray's tweets made her "feel a bit sick". Gray attempted to explain to Pinnock that "this is what happens when you're kids. You do become a product of your environment. So, whatever you're around every day, and you're not educated on it, or exposed to why it's wrong, it kind of sticks."

"But, still, to have those views at that time?", Pinnock asked.

"There's no excuse at all," Gray said. "When it all came out, I was embarrassed, ashamed, disappointed, and at the same time I had to be a man about it. I've made that mistake and I've learned, and I've educated myself and grew up to understand how offensive and how wrong it was, what I did. I didn't even understand racism really when I was young. We always used to diss each other and whatever. There's never any malice in it, but again, it's not an excuse. Being from a Jamaican heritage, it's a tough one. I think it's maybe a bit of self-hate."

"At the time? For yourself?" Pinnock asked.

"Nah, I think it was a Black thing. I think it happens now, still in Jamaica — people don't want to be dark skinned in Jamaica. There's a lot of bleaching and whatever going on, and it's cool to be lighter. You pick up on these things. Maybe it was easier for a light-skinned person like myself to joke about it," Gray admitted.

"We could have a child, and it could come out darker than us," Pinnock added. "You just don't know. That sort of view on dark-skinned women especially, there is a lot of anger and trauma because those views that you had back then adds to the way that dark-skinned women are viewed."

When we love someone, it's easy to find compassion for a person's ability to grow and change. Cancel culture focuses so much on the extremes of who's right and who's wrong that it often creates a similar system to the one it's trying to dismantle. The court of public opinion is necessary, but it can sometimes affect our ability to forgive people while at the same time holding them accountable, because it's possible to do both.

When it comes to social justice, no one is asking for perfect people — just people with open minds who are willing to do the work like Pinnock demonstrated with her new documentary.

Would you continue dating someone after finding out they shared racist, sexist, or homophobic views in the past? After only a few months of dating, that would have been enough of a red flag for me to walk away — but saying something and actually doing it when you're put in a position between your heart and your convictions isn't easy. I understand why Pinnock chose forgiveness, and that is the final step to moving forward. But we all need more information on how that conversation played out to understand what that kind of resolution looks like. Until then, we can only speculate.

For young women of colour, bashing dark-skinned women is one of the biggest red flags for a potential relationship or even how they view a celebrity. Speaking to two of my best girlfriends — a Black production assistant from North London and an Indian civil servant from Essex — self-hate as a result of colourism is a personal trauma, but when you weaponise those views and use them to attack other people, then that is when accountability comes in. Both of my friends have difficulty relating to stars like Maya Jama or A$AP Rocky because they have shared colourist tweets about dark-skinned women in years past. Jama has since apologised for her ignorance and was given a second chance by Black twitter, while Rocky blamed the online backlash on the sensitivity of Black women.

In the case of Pinnock and Gray, they confessed in Leigh-Anne: Race, Pop & Power that neither of them had really questioned racism or the subtleties of colourism while growing up in predominantly white environments. When educating ourselves for the first time about an ideology, everyone deserves the right to be wrong, then apologise, take the time to learn, and push for positive change. The reason a lot of young people, especially women of colour, are having a hard time moving past problematic views of stars like Gray and Jama is that the apology is usually where the conversation stops — but Pinnock is committed to changing that.

When it comes to social justice, no one is asking for perfect people — just people with open minds who are willing to do the work like Pinnock demonstrated with her new documentary. Leigh-Anne: Race, Pop & Power convinced us that the pop star is committed to antiracism, and with the launch of nonprofit organisation The Black Fund by herself, Gray, and Pinnock's family, it seems she is taking her entire support system along for the journey.

British Celebrities
James Corden on Prince Harry's Departure From Royal Life: "I Cannot Imagine Any of It Is Easy"
by Tori Crowther 5 hours ago