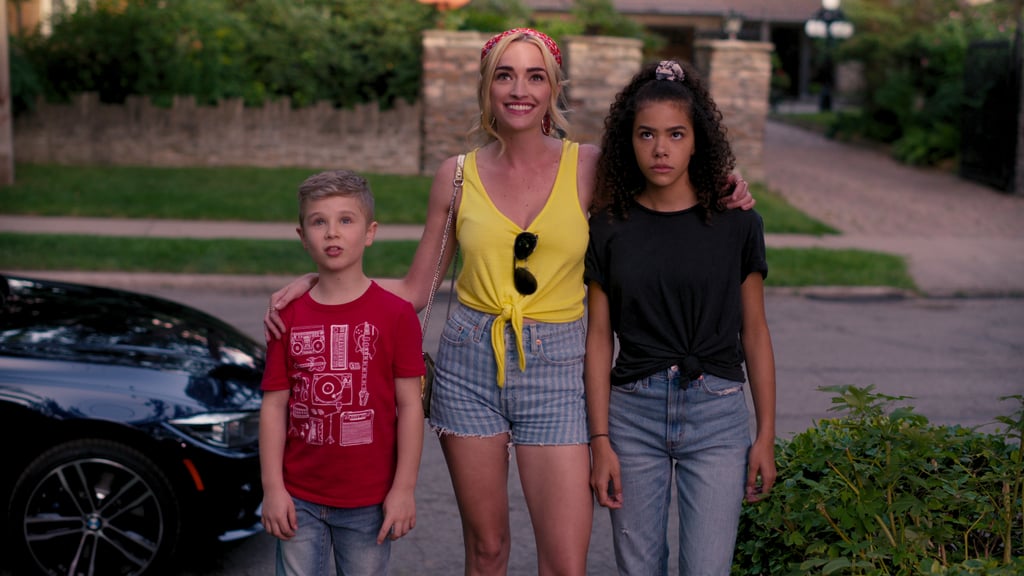 It shows some of the hardships people of colour who live in mostly white towns may experience.

Due to its high school-centric storyline, Netflix's highly-anticipated new dramedy Ginny & Georgia is likely on your teenager's radar. A delicate balance between the plots of Gilmore Girls and Desperate Housewives, the show is certainly entertaining, but is it suitable for teens to watch?

The series follows Ginny Miller (played by Antonia Gentry), a 15-year-old biracial girl who's trying to navigate life in a new affluent suburb after her 30-year-old single mom, Georgia (Brianne Howley), forces the family to move for the 12th time.

Related:
5 Things to Know Before Your Kids Watch To All the Boys: Always and Forever on Netflix

Magnetic and highly manipulative, we quickly learn that Georgia has a dark past that she's constantly running from. Seemingly the quintessential "cool mom" with a saccharine Southern accent, she will go to any means necessary to support her family. She also routinely butts heads with Ginny, who is doing her best to maneuver dealing with boys, high school parties, and being one of few non-white students at her school.

Blessed with an incredible cast — Schitt's Creek's Jennifer Robertson and Friday Night Lights' Scott Porter are just a sampling of familiar faces — viewers will quickly become invested in each character's struggles and secrets.

Geared toward young adults and rated TV-MA, we have a feeling your teen will be begging to watch this scandalous original series. However, parents should keep in mind that there's no shortage of dramatic storylines that might prompt a conversation or two with your child. Scroll ahead to get a look at some of the mature themes parents should be aware of before letting teens press play when it's available for streaming on Feb. 24.

Related:
3 Reasons to Stream Disney+'s New Movie Flora & Ulysses With the Kids ASAP
Previous Next Start Slideshow
NetflixGinny & GeorgiaShould My Kid WatchStreamingTweens And TeensParenting Tips And AdviceTV
Around The Web