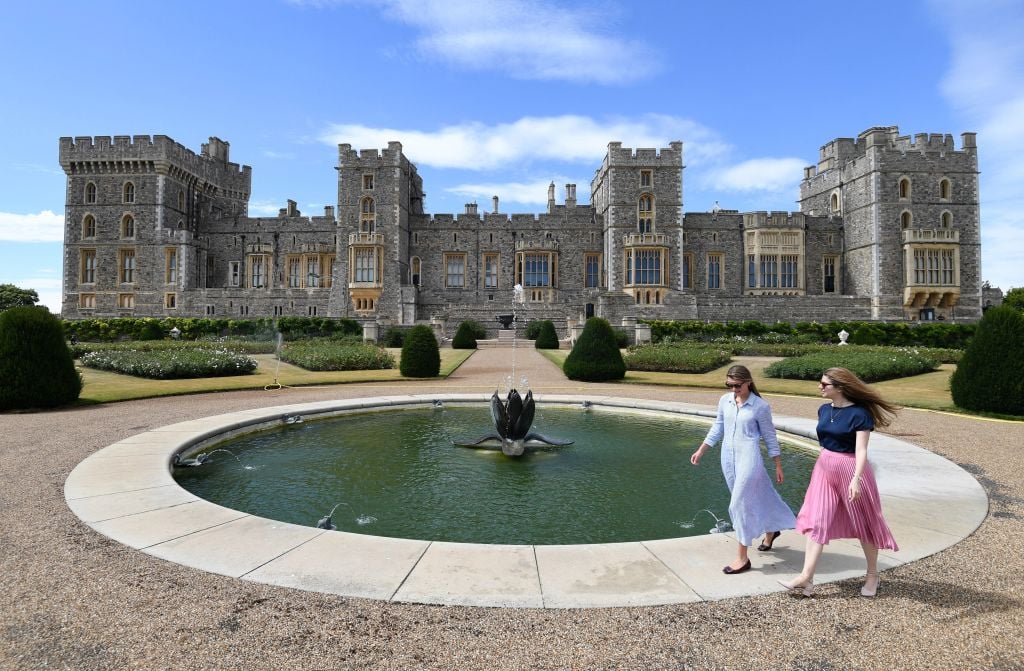 Looking for family activities to do within the UK this summer? For the first time in approximately 40 years, the East Terrace Garden at Windsor Castle will be open to visitors starting 8 Aug. The news was announced this morning on BBC Breakfast and via the Royal Collection Trust (the charity that manages the public opening of the official residences of the Queen) on Twitter.

The news comes just a week after Prince Charles announced that Windsor Castle would reopen for tourism after a four-month closure due to the coronavirus pandemic.

The East Terrace Garden is overlooked by the castle's iconic east façade and has been closed off to the public for the past four decades — a representative from the Royal Collection Trust citing on the BBC Breakfast segment the large amount of visitors to the castle each year as a reason to keep the garden off limits. But with the number of tourists to the UK down significantly due to the travel restrictions, the RCT felt it could open the green space to visitors without it getting damaged.

The large, formal garden — originally created by George IV in 1821 — was given a facelift in 1971 by the Duke of Edinburgh, who redesigned the flowerbeds and the central lotus fountain. During World War II, Queen Elizabeth II and Princess Margaret converted the flowerbeds into vegetables patches as a way to help the war effort.

Access to the gardens is available every Saturday and Sunday from 8 Aug. to 27 Sept. and comes free with the purchase of a ticket to the castle (or a 1-Year Pass), which can be purchased on Royal Collection Trust website.