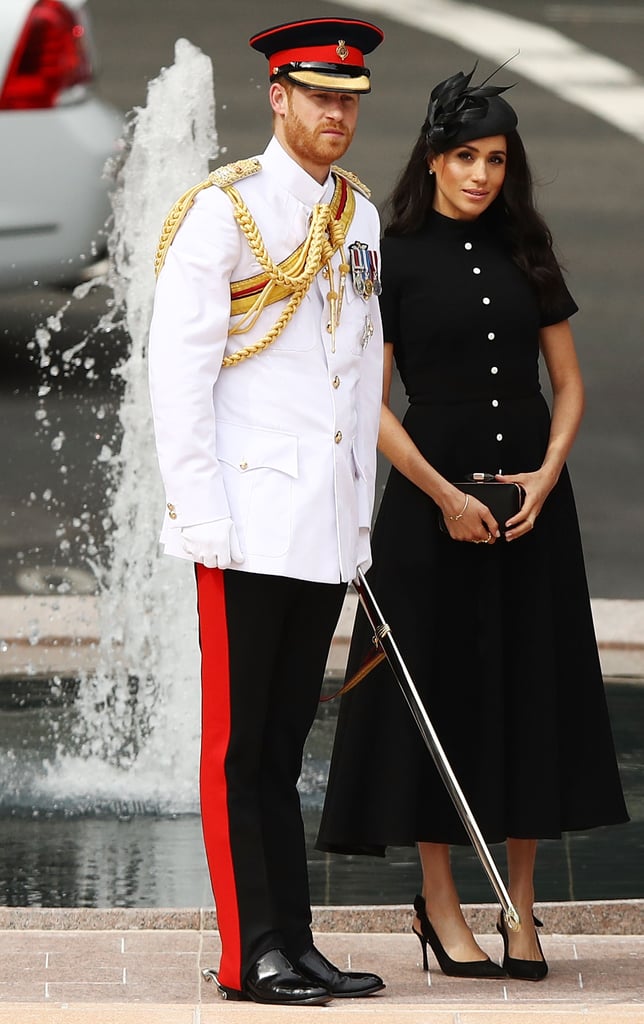 Another day, another dazzling appearance from Prince Harry and Meghan Markle! On Saturday, the royal couple visited Sydney's Hyde Park to open the new ANZAC memorial as part of their 16-day tour of Australia. The monument is dedicated to those who served and sacrificed their lives in armed conflict. Meghan stunned in a black dress and matching hat, but we just couldn't take our eyes off Harry, who looked like a real-life Prince Charming. How cute does he look in his uniform? His new gold cords were recently given to him as part of his new position as Queen Elizabeth II's personal aide-de-camp.

Harry and Meghan seem to be having a blast on their royal tour. Not only did they get the chance to hang out with some adorable koalas, but they've also shared some incredibly cute moments with kids, which further proves what great parents they're going to make.

Related:
So Cute! Prince Harry Can't Help but Dance When Fans Serenade Him With His Wedding Song
Previous Next Start Slideshow
The RoyalsMeghan MarkleThe British RoyalsPrince Harry
Around The Web