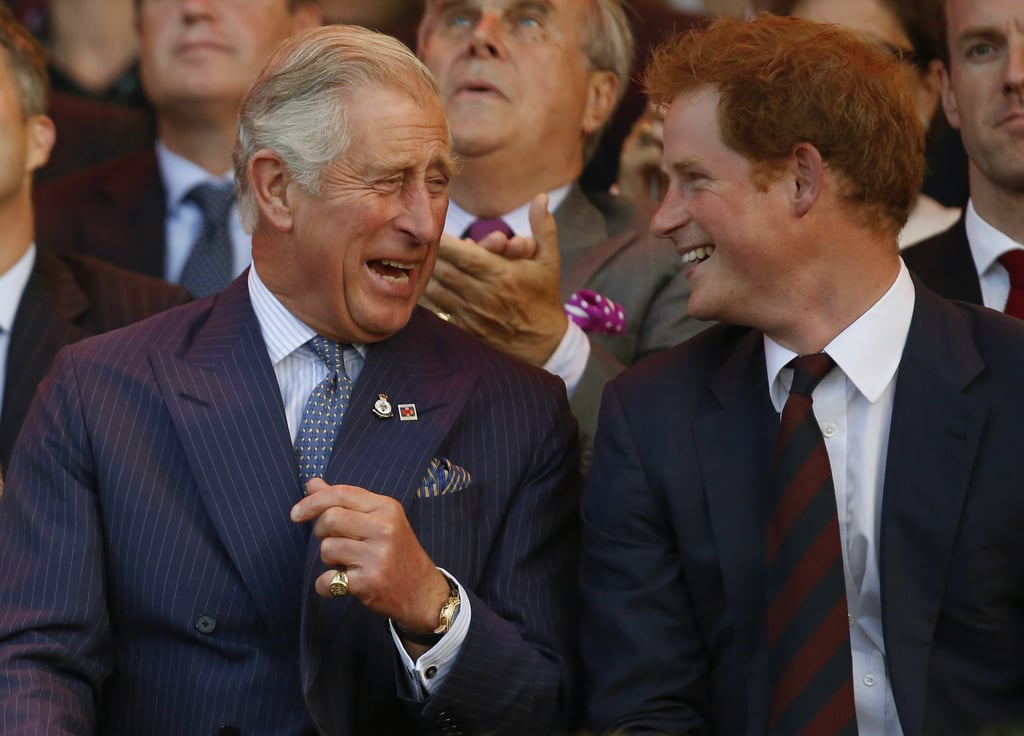 Prince Charles is going to be a grandpa again! Prince Harry is currently expecting his first child with Meghan Markle, and if Charles's relationship with Harry has taught us anything, it's that he's is going to make a great grandfather to Harry's baby. Harry has always been open and honest about how much he admires his dad, and it's clear their bond is stronger than ever. "He's done an amazing job, without telling us what we should be doing or the direction we should go in," Harry previously said in BBC's documentary Prince, Son and Heir: Charles at 70.

Earlier this year, Charles proved that he'll always have his son's back when he stepped in to walk Meghan down the aisle at their wedding after her father, Thomas Markle, failed to attend. During the special moment, cameras captured Harry telling Charles, "Thank you, Pa," and naturally, hearts melted everywhere. Ahead, look back at some of Harry and Charles's best moments together.

Related:
Prince Charles Wanted These Names For William and Harry, but Diana Called Them "Too Old"
Previous Next Start Slideshow
The RoyalsThe British RoyalsPrince HarryPrince Charles
Around The Web

The Royals
Harry and Meghan Open Up in Oprah Interview First-Look: "Were You Silent or Silenced?"
by Kelsie Gibson 14 hours ago