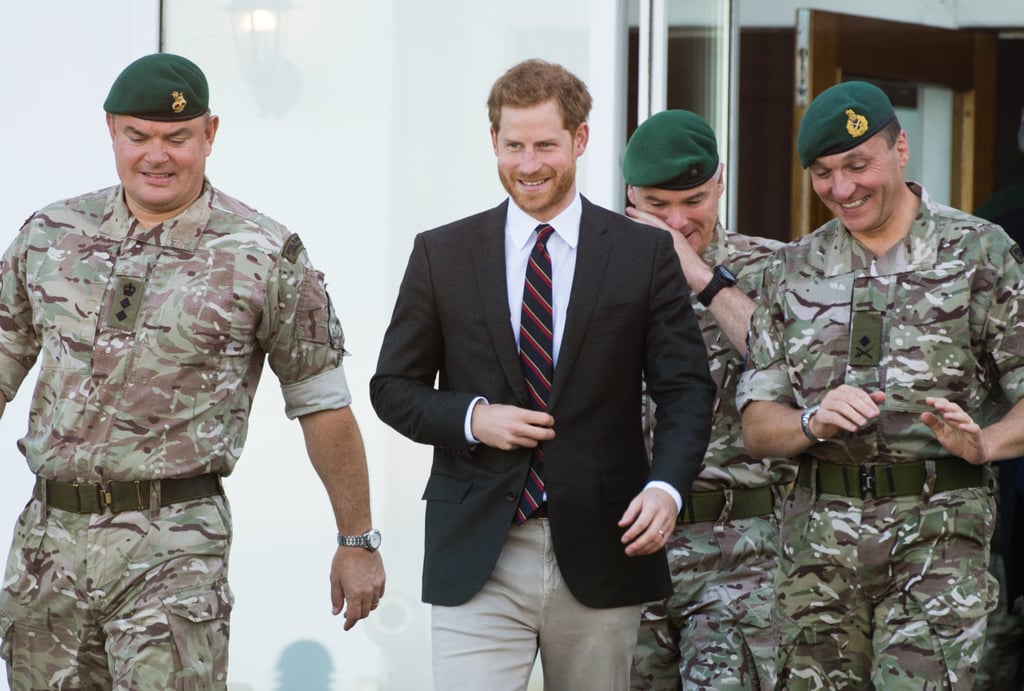 Prince Harry Inspects the Troops, and You'll Want to Inspect Him in the Process

Prince Harry made a solo outing on Thursday, making a dramatic entrance at the Commando Training Ground in Devon, England as he paid a visit to the Royal Marines. The prince arrived in an AH1 wildcat helicopter, looking every bit the action hero as he jumped down onto the tarmac in his jacket and tie. Harry recently took over the role of Captain General Royal Marines, after his grandfather, Prince Philip, stepped down from official duties last year. This trip was his first visit since his appointment, and it was a packed day that included an inspection of the troops, meetings with new recruits, time spent meeting families who've been helped or assisted by The Royal Marines Charity, and a bit of fun on the race track, getting to know the Invictus Racing Team ahead of October's Invictus games in Sydney.

The Royals
Princess Eugenie Shares a Sweet Tribute to Her Grandpa, Prince Philip
by Tori Crowther 16 hours ago