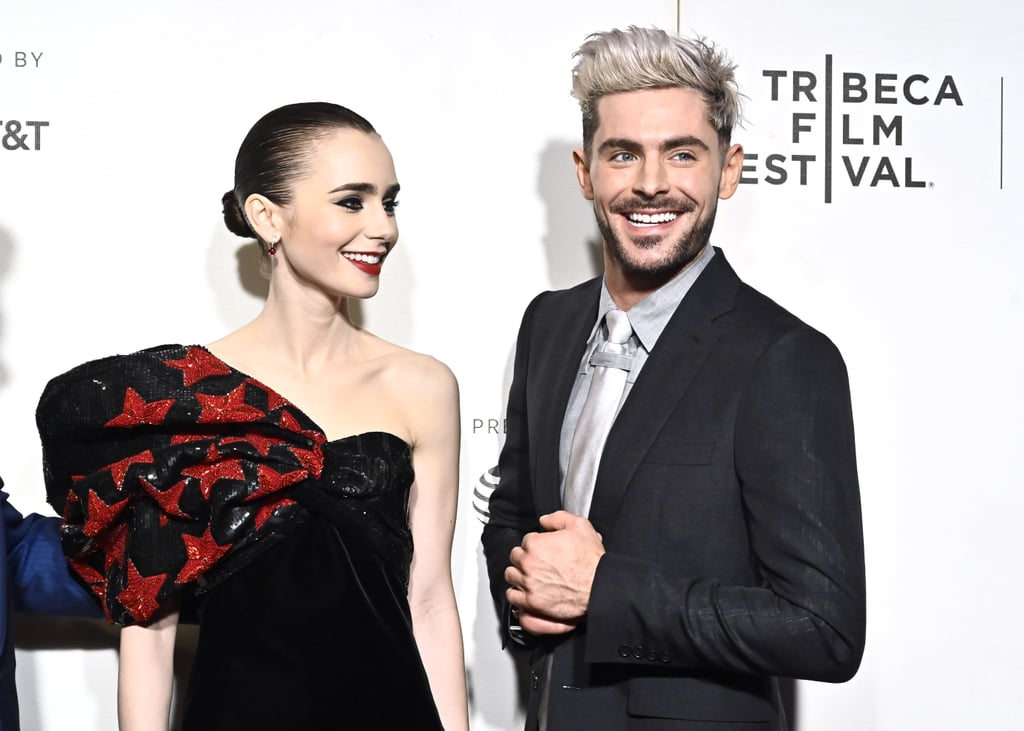 Zac Efron and Lily Collins star in Netflix's highly anticipated Extremely Wicked, Shockingly Evil and Vile, but their real-life friendship is anything but. Rather, they are extremely cute, shockingly good-looking, and sweet. The former Disney Channel star and the daughter of musician Phil Collins are not dating in real life, although they did date off and on from 2012 to 2013.

Currently, they play Ted Bundy and his longtime girlfriend, Elizabeth Kloepfer. Their onscreen chemistry adds a whole extra layer of eeriness to the creepy story that sheds light on Ted's manipulative charm. The actors gladly hung out a lot while filming, and they have nothing but praise to share about each other's performances. "I remember a few days into filming, I just came to work to watch on set because [Lily] was having scenes with Haley Joel Osment, and I was watching her performance and I was blown away," Zac told E! News. "She was bringing it, and this was, like, the fourth of fifth day of filming. I was like, I really need to step up my game. Lily is killing it." If you have seen the movie and can't get enough of Zac and Lily, enjoy their entirely innocent photos ahead.