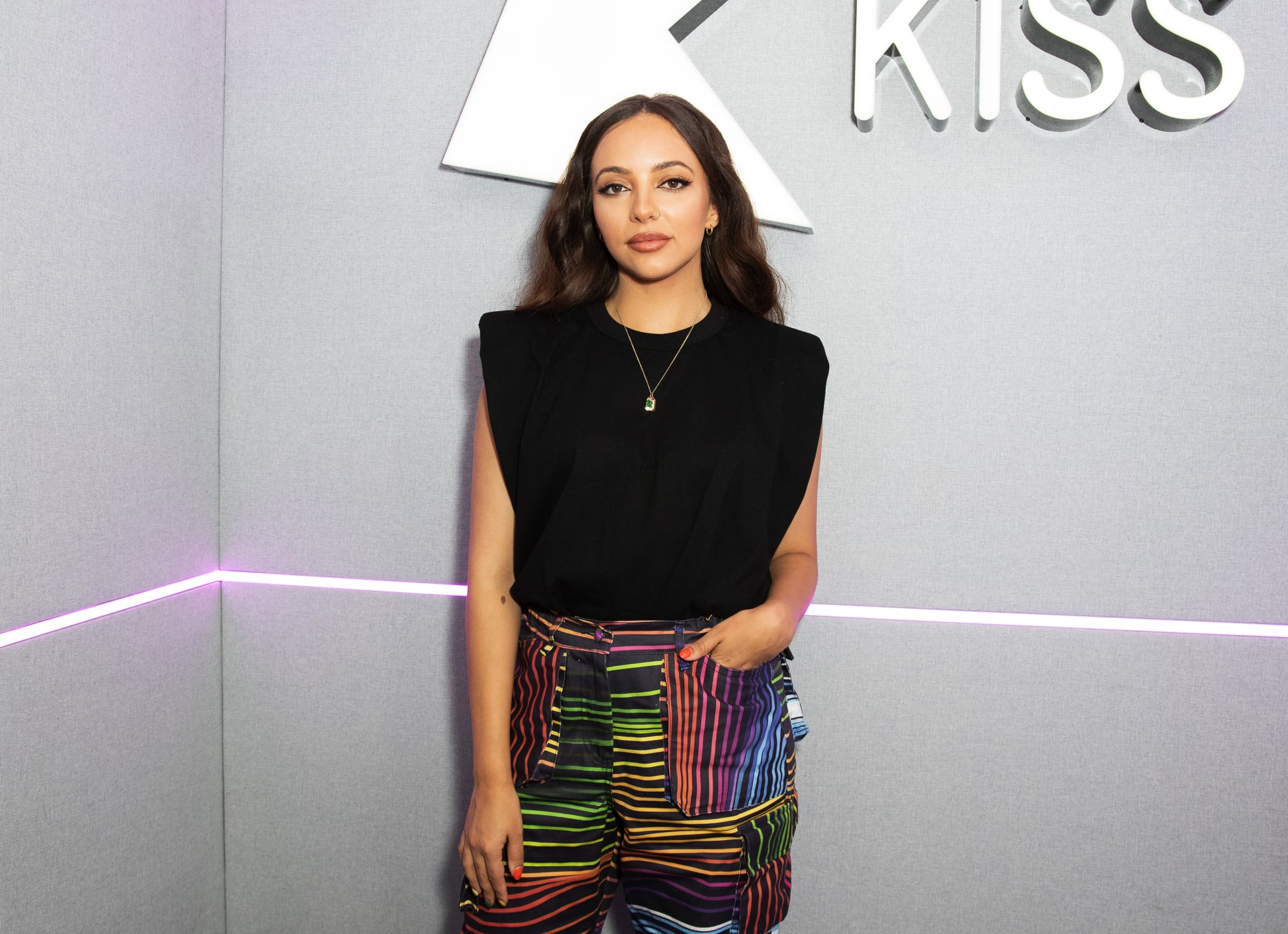 On 3 Nov., Little Mix star Jade Thirlwall appeared on an episode of Jessie Ware's Table Manners podcast, and it was truly a hilarious time. Thirlwall talked about her experience "wo-manning the fort" whilst Perrie Edwards and Leigh-Anne Pinnock are on maternity leave and explained her newfound title as "fabulous rich auntie" to both Pinnock's twins and Edwards's baby. Since the two Little Mix members gave birth, we've been eager to hear all about how they're getting on with Aunt Thirlwall, and now we have our answer.

Thirlwall said that she's only seen Pinnock's babies so far, explaining that "we're literally sisters, and we're obsessed with each other" and that she wanted to give both girls time to adjust before bringing them back into the world of work. The singer also opened up about how much she admired Diana Ross as a child, which actually stems from a pretty unusual place! "I genuinely believed growing up that my mum was Diana Ross," Thirlwall explained. "She looked the spit of her. She let me believe she was Diana Ross. Every time she was going to bingo with her friends, she'd say, 'I'm going to a concert'. I was obsessed, I wanted to be just like her."

Thirlwall has become an advocate for LGBTQ rights in recent years, and she explained on the podcast that it all began because of her love of drag culture — something that actually brought her and her current boyfriend, Jordan Stephens, together. "It's always been a part of my life, being an ally. It's not until the past few years that I've understood what it means to be an ally and how to do that properly," the singer explained. "My first love was drag culture and the LGBTQ scene, and from a young age, I didn't really know what that meant. Once a year, me and my family would always go to Benidorm and see all of the drag acts, and they'd always emulate the big queens. I'd just watch in awe and think these are amazing. I loved the big hair, and I'd try to copy it and the makeup. All these cis-het men around me would love it [too], and then I'd get back home, and it was like, suddenly wasn't celebrated anymore."

She continued "I'd always associate Benidorm with this magical land where anyone was accepted, and then you'd come back home, and it'd be like 'oh no, we're not into that.' I think it's that like small-minded, bit of an old-fashioned mentality. I don't think it's necessarily that, for a lot of people they are willing to listen, but they just don't understand it. It's passed through generations isn't it, like if your grandad is being brought up to be homophobic then their son is going to listen to that. That toxic masculinity just seeps through generations till somebody tries to change it."

Thirlwall recalled the early days of Little Mix and talked about the importance of being a better ally for her fans. "I was what I'd call a 'basic b*tch ally' at that point," she explained. "I would turn up to every event, but not really being an active ally so to speak. As the band grew, our LGBTQ audience grew, and I think it just got to a point with me where I thought, 'we're very much benefiting from this audience and not giving much back in return, so that's when I decided I wanted to be a better ally'. I reached out to Stonewall initially and I asked to meet with them and teach me how to be a better ally and learn more about the history of LGBTQ rights."

The singer also explained the significance of her culture on her fanbase, saying that "As an Arab woman, for me it's really important to show my Middle East fans that they can have someone to look up to and to realise that they're not alone in it."