Chris Harrison delivered on his promise of Becca Kufrin's finale of The Bachelorette being the most emotional yet, but fortunately, that didn't include her ex, Arie Luyendyk Jr. Since the men competing for Becca's heart and Becca herself referenced her gut-wrenching breakup with Arie constantly throughout her season, some may have thought that Becca and Arie would sit down for a real conversation before she got engaged again. However, ABC had other plans, as it appears her talk with Arie was cut from the finale. On the night of Becca's finale, the former Bachelor shared a photo of him and fiancée Lauren Burnham in the Maldives (where the finale filmed) explaining the experience.

"Lauren and I flew to the Maldives at The Bachelor and Becca's request. It's a conversation that unfortunately won't be shown but it was really positive for all of us," he wrote. "You can imagine this trip could have been very difficult for Lauren but she has supported and stood by me in all of this. . . I thank and love her everyday because of that. We wish Becca all the happiness in the world and can't wait to see how tonight goes!"

Now, just a question: Did Becca actually "request" Arie to be present for the finale? It seems strange that Becca would want to give that past heartbreak more attention now that she's finally found love again, and even more strange that she'd want Lauren there with him. We understand why producers would be interested in setting up that confrontation, but with all the drama of the finale, it wasn't necessary, and probably a good thing that it was not included.

Related:
Damn, Things Are Officially Heating Up on The Bachelorette 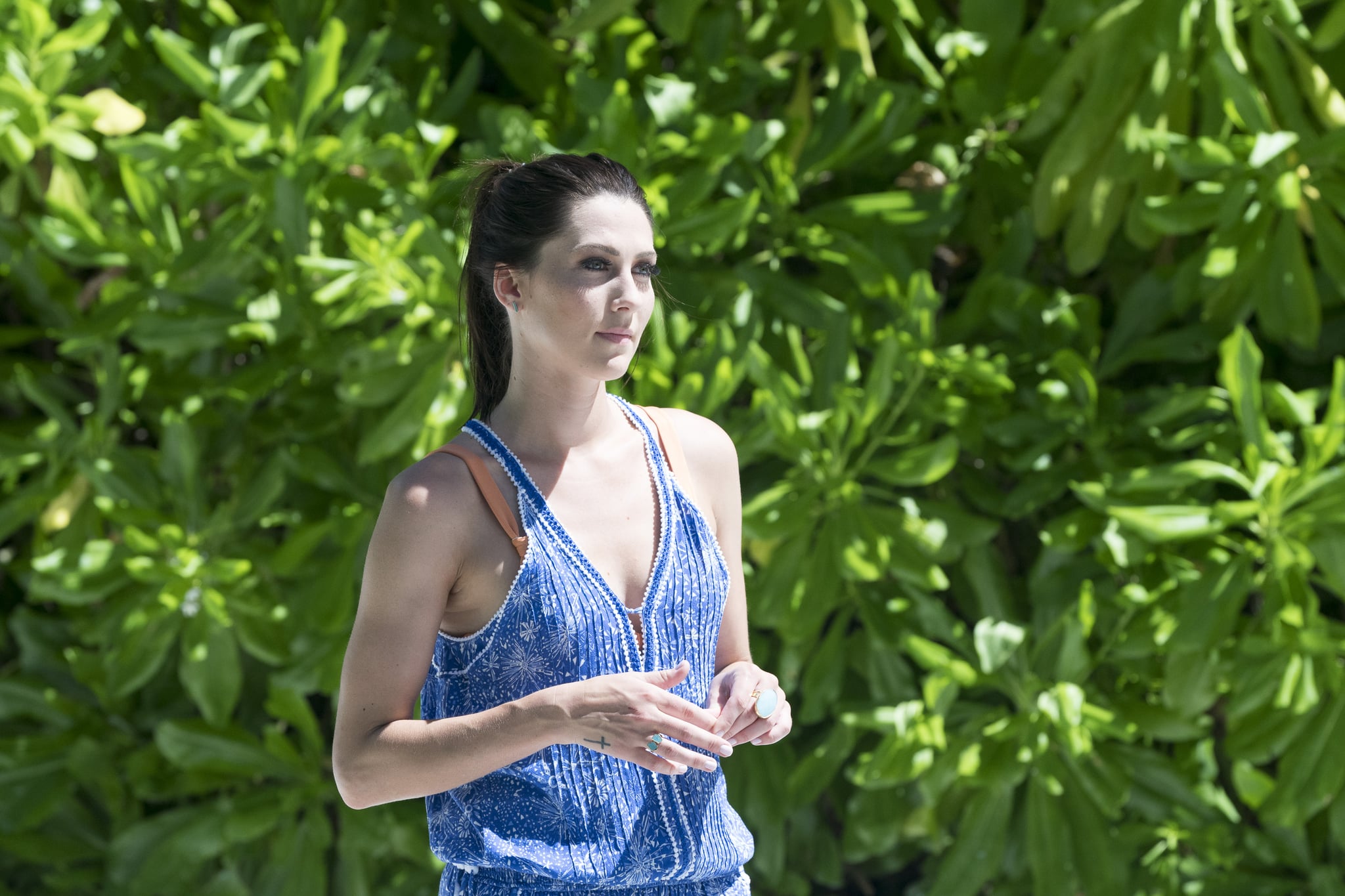 Back in May, Becca confirmed to Entertainment Tonight that Arie would make an appearance in the season. "We do have a conversation, and you'll just have to see that unfold," she said. "At that point it wasn't emotional — it was just two adults sitting down, wishing each other the best and talking through our experiences . . . I knew that would probably be the last time we had a conversation, and I wish him and Lauren the best."

Now that Becca is engaged to Garrett Yriogyen, and Arie and Lauren are set to wed early next year, we'd be content with Bachelor Nation never drudging up their public breakup ever again (although that's highly unlikely).