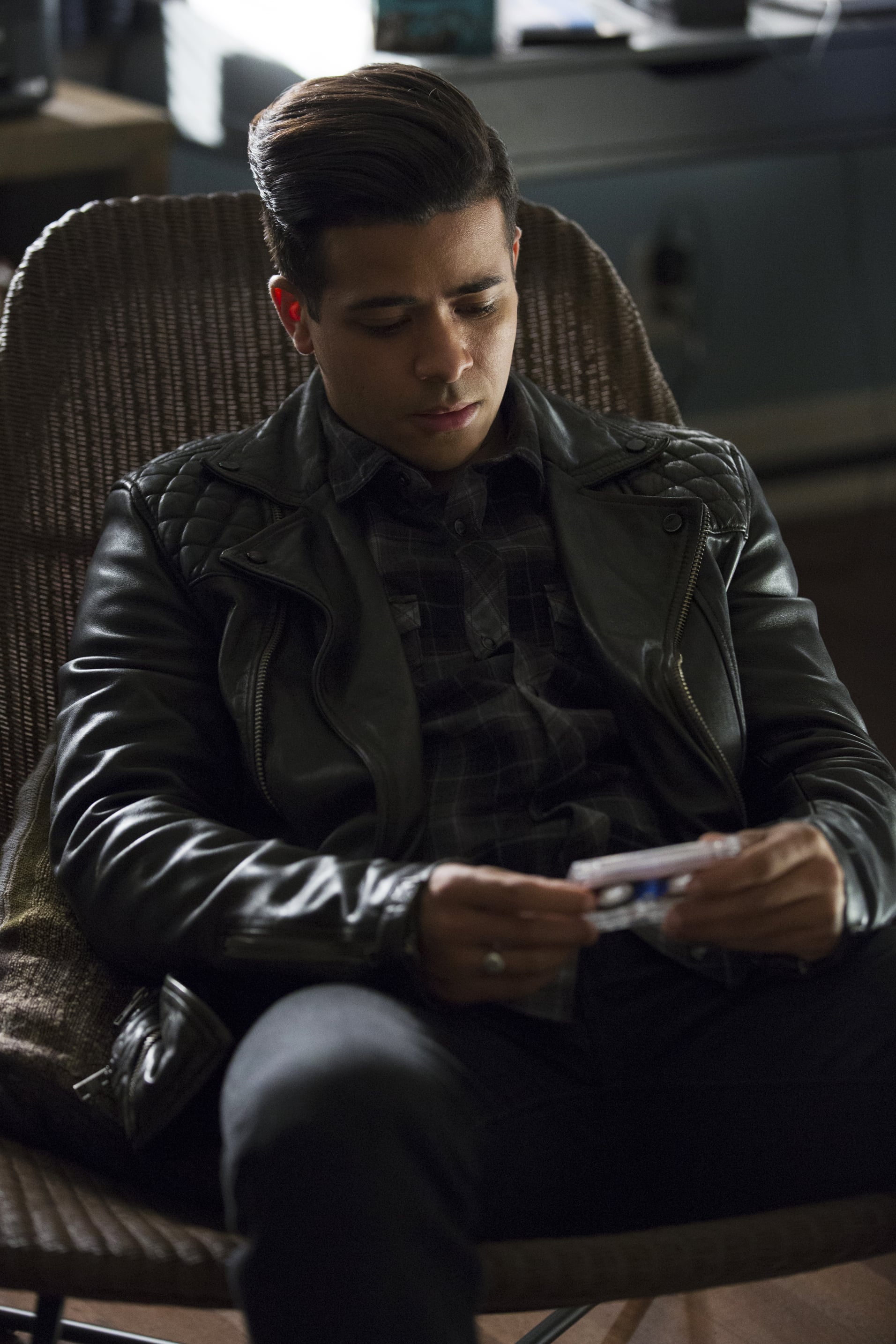 Tony Padilla is the consummate voice of reason throughout both seasons of 13 Reasons Why, but just how old is he supposed to be? How can he be so calm and collected while being in high school and dealing with something as big as being in charge of Hannah's tapes?

We know Tony is a student at Liberty because during season one, he can been seen in the lunchroom, the hallways, the parking lot, and even as the DJ at the school dance. But he seems so much older with his cool mix tapes, his tattoos, and his older boyfriends. Clues that Tony is in fact the same age as everyone actually comes early on in season one. He recounts a story to Clay about them being in seventh grade together, but it's not until episode eight that we get confirmation of his actual age.

Clay and Tony have just finished free-climbing up a small cliff wall, and they are talking about what it means to be alive and dead. Tony asks Clay if he has ever seen a dead person or a crime scene. Clay says he has not and asks Tony if he has, to which Tony replies he has. Clay asks him how old he was and what the crime was and Tony says, "17. Suicide." Not only do we find out Tony's true age in the series, we also find out he is on scene at Hannah's house the night she dies!

Spoilers for season two ahead!

During season two, we learn more about Tony's background and possible reasons why he seems so much older than his peer group. There are two distinct sides to the city, and Tony lives on the bad side. While sitting on the witness stand, it is revealed that Tony has been arrested two times for assault, and is on probation.

We already know from season one that Clay witnesses Tony beating up a random guy with his brothers, but we learn in season two that it is because the guy was selling drugs to his little sister. He tells the Bakers' lawyer, Dennis Vasquez, "Where I live, sometimes you have to take matters into your own hands."

In addition to living this rougher side of life, we also see Tony struggling with his sexuality in the show — it doesn't help that he also suffers from severe anger and aggression issues. While on a date with Ryan, Tony beats up a man who calls them a homophobic slur. As the police descend on the scene, he only avoids jail because Hannah hides him in the Crestmont. Tony has so many components working against him, and none of these aspects speak to living an easy life. It is only natural that he would see more mature than the rest of the students he goes to school with.

Then again, it's also no secret that the people who play the major roles in these teen dramas aren't always the ages they portray. Tony is played by Christian Navarro and he is actually 26 in real life. Then again, all of the main characters are played by young people in their 20's! While a bit surprising at first, this is an advantage because of the subject matter 13 Reasons Why discusses. And one thing is for sure, having Tony played by someone older definitely helps his character maintain his higher level of maturity!