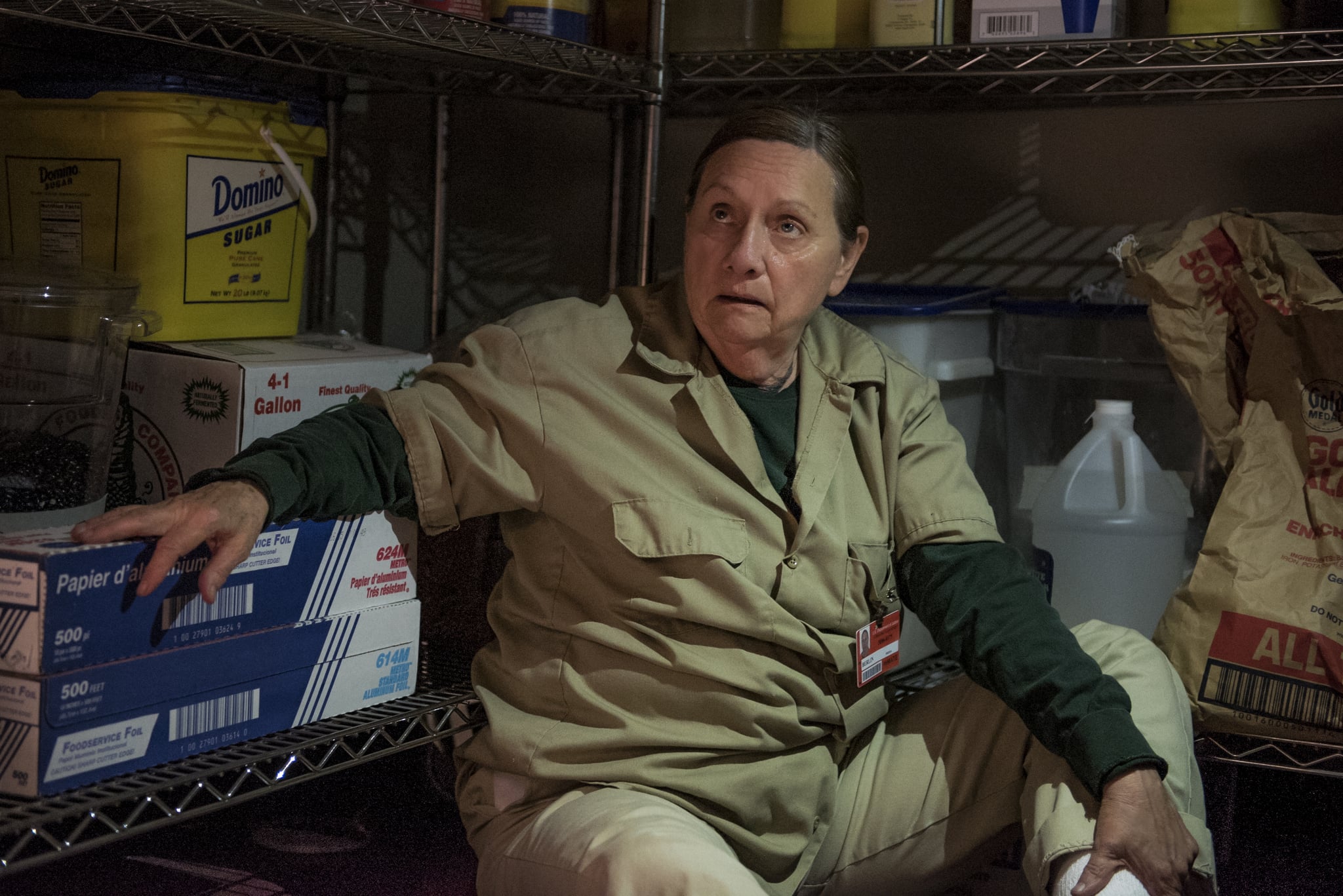 Warning! Spoilers ahead for Orange Is the New Black season six.

Frieda Berlin may have been on the sidelines of the action on Orange Is the New Black at first, but by season six, she's become an essential part of the show. It's hard not to feel sympathy for the survivalist, even after she names two of her fellow inmates as riot leaders. Frieda is so savvy with the resources around her that she's often one of the funniest characters on the show. But just how does Frieda end up at Litchfield in the first place?

Her past includes crimes serious enough that she is first sent to a maximum-security prison, where she betrays Carol and Barb in order to earn a transfer to the minimum-security facility. Based on her interactions with the other inmates, it sounds like Frieda is guilty of multiple murders, which is likely the reason she's incarcerated.

At one point, Frieda tells Flaca that she "cut [her] husband's d*ck off with a butcher knife — and it wasn't even sharp." And in season four, Frieda gives Alex and Lolly advice on hiding the body of the guard Alex kills. (Later, Frieda even suggests killing Lolly when they fear she'll give away the fact that they dismembered a guard's body.) Frieda also says she once killed a police officer using his own gun. It's not specified exactly which murder might have sent Frieda to Litchfield's maximum-security prison, but it sounds like she's definitely no stranger to killing people.

The safest guess, though, is that Frieda's attack on her husband is what lands her in Litchfield. She brings up the story to Flaca after suggesting that she's a more dangerous criminal, asking Flaca if she's in jail because she got involved in a boyfriend's drug-dealing business. Frieda implies that slicing off her husband's penis is what gets her sent to prison all those years ago . . . which means she may or may not have gotten away with killing a cop.

Streaming
Adele Is Giving Us a TV Concert Special and an Oprah Interview in One Night — We Can't Wait!
by Naledi Ushe 20 hours ago