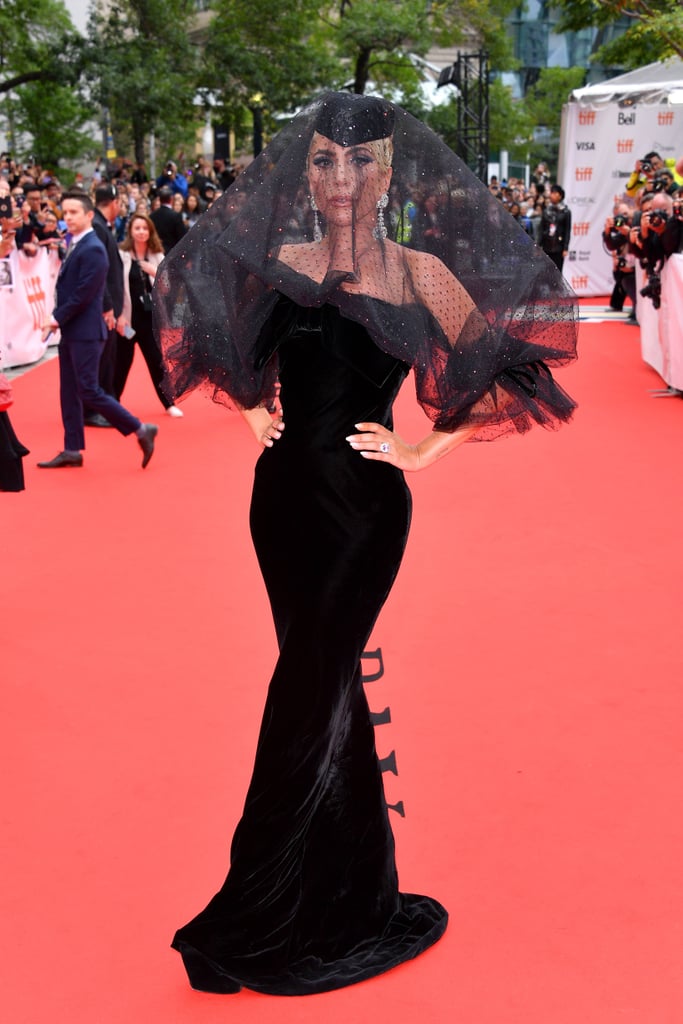 Lady Gaga, Queen of Being Extra, Wore 4 Dresses In 1 Night at the Toronto Film Festival

Lady Gaga might have a totally pared down look for her role in A Star Is Born but her outfits (yes, that is plural) at the Toronto Film Festival certainly didn't follow that dress code. In fact, we were in for a treat with Gaga serving us four looks throughout the evening.

First up for the 32-year-old star's day of incredible looks was a one shoulder, red velvet gown by Ralph and Russo, which she wore to the A Star Is Born conference and paired with black heels. Next up in her epic dress line up was her red carpet look consisting of an Armani Privé black gown, which she accessorised with a black veil, matching embellished hat, and Chopard jewellery. We're sure Morticia Addams would have been proud of this look, which instantly had us itching for Halloween season.

But that's not all. After all, it's Lady Gaga we're talking about, so two looks weren't enough. Later in the night, she changed into a silver Giorgio Armani slip dress for the public screening of the film, but kept the same black hat and heels. She then changed one last time for the after party, opting for another velvet number by Ralph and Russo, which consisted of a black and pink gown with a ruffled neckline. Phew! That's a lot of outfit changes, but we couldn't expect anything less from the ever glamorous Lady Gaga. Ahead get a closer look at all of her dresses.