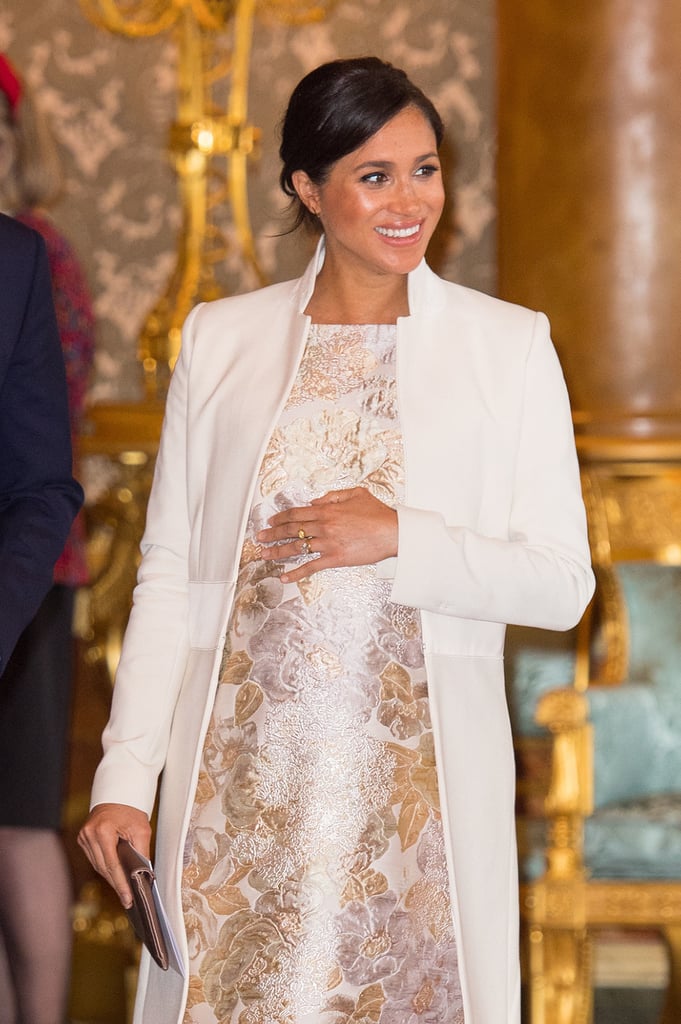 On Oct. 12, Kensington Palace officially announced that Meghan Markle is expecting her first child with Prince Harry. While we immediately became excited at the idea of seeing the royal duo becoming a family of three, we can't deny that there was one other thing we were pretty damn excited about. The thing in question? Why, all the maternity ensembles the duchess would be wearing, of course.

When it comes to regal pregnancy style, Meghan is in good company — after all, no one does it better than her sister-in-law, Kate Middleton. Over her three pregnancies, the Duchess of Cambridge has worn a multitude of great outfits and discovered a few brands that, in the next few months, might come in handy for Meghan when it comes to dressing her growing bump.

So far, the Duchess of Sussex has stuck to her go-to ever-so-stylish ensembles, turning to luxury labels like Givenchy, Valentino, Dior, and Carolina Herrera, alongside some surprising affordable brands like H&M and Aritzia. Read on to see all the outfits she's worn so far — from the dress that started all the baby rumours to her first royal tour wardrobe.