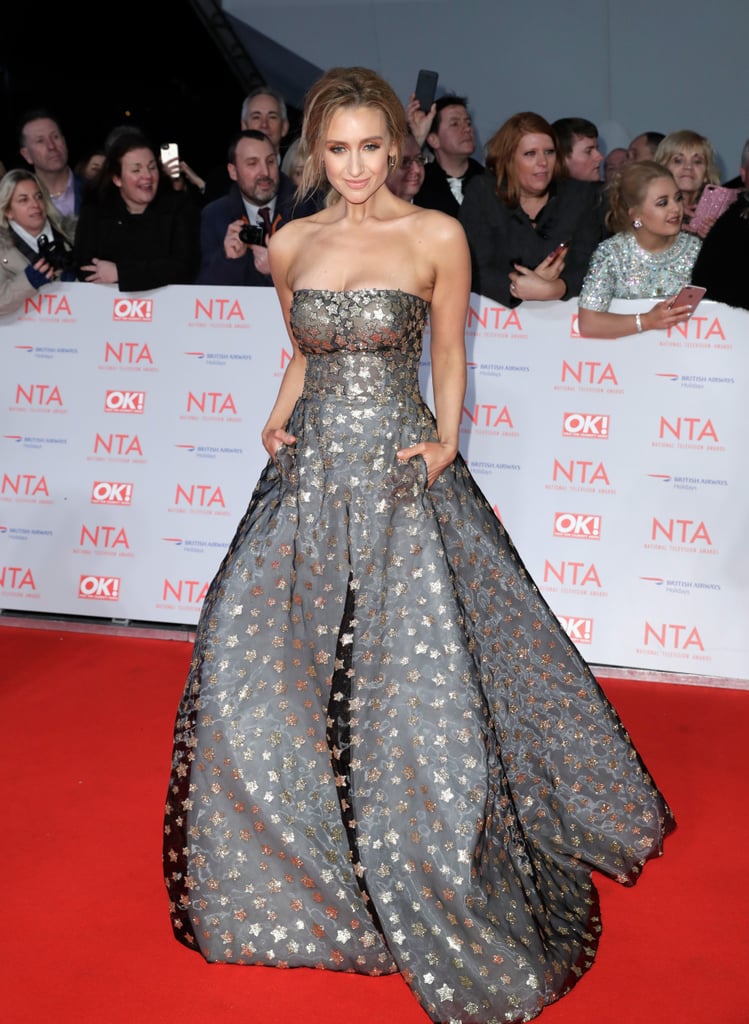 Catherine Tyldesley at the National Television Awards in January 2018

While other stars might feel daunted at the prospect of walking the Strictly Come Dancing red carpet, actress Catherine Tyldesley was more than ready for the sparkle — and that's no surprise. Since landing her breakthrough role as Eva Price in Coronation Street eight years ago, Catherine has been a staple at major awards shows and premieres, and she has the wardrobe to prove it.

The star, whose new sitcom Scarborough just hit TV screens, has never been afraid to mix up her red carpet look. She loves a dramatic ball gown as much as a sleek and chic fitted dress, and that's before we even get to the tailored trouser suits.

Now a working mum to supercute son Alfie, the actress is about to bring her award show glamour to Strictly Come Dancing. Take a look at some of her best red carpet looks that prove that Catherine is going to win all the style wars on the dance floor.