There's been a lot of speculation as to who'll be in the wedding party at Princess Eugenie's wedding to Jack Brooksbank, but perhaps one of the most persistent rumours is that a certain celebrity child will be a flower girl. Nope, we don't mean Princess Charlotte (though we are looking forward to the prospect of seeing her taking control once again), but a certain Theodora Williams. "Teddy", as she's known to her family, is the 6-year-old daughter of British singer Robbie Williams and his wife, LA-born Ayda Field. The couple are currently judges on the UK talent show The X Factor, but Robbie has been a superstar in his native UK ever since he was a member of '90s boy band Take That, and he also has huge success with solo singles like "Angels" and "She's the One".

Robbie and Adya are said to be good friends of Eugenie and her sister Princess Batrice, and the Telegraph reports that Teddy is set to be a flower girl for Eugenie and Jack, alongside Princess Charlotte and Maud Windsor, the daughter of Lord Freddie Windsor and Sophie Winkleman. However, there is one detail that leads us to believe this might not be the case.

Though both Robbie and Ayda are known for their warm personalities, they are actually quite private when it comes to revealing the details of their growing family. Though they talk about their kids (and Robbie famously live-tweeted the birth of Teddy's little brother Charlton) they don't post pictures of their faces or take them to events. Teddy has only ever appeared on her mom's Instagram account in shadow or in photos taken from behind. Would celebrity parents who are so protective of their daughter's image allow her to be such a prominent part of a huge global (possibly televised) event, photographs of which will be shared across the world?

Only time will tell whether these reports are actually true. Perhaps the honour and excitement of being part of a royal wedding was just too good to pass up? If Teddy is anything like her parents, she's probably quite hard to say no to!

The Royals
Princess Eugenie Shares a Sweet Tribute to Her Grandpa, Prince Philip
by Tori Crowther 4 weeks ago 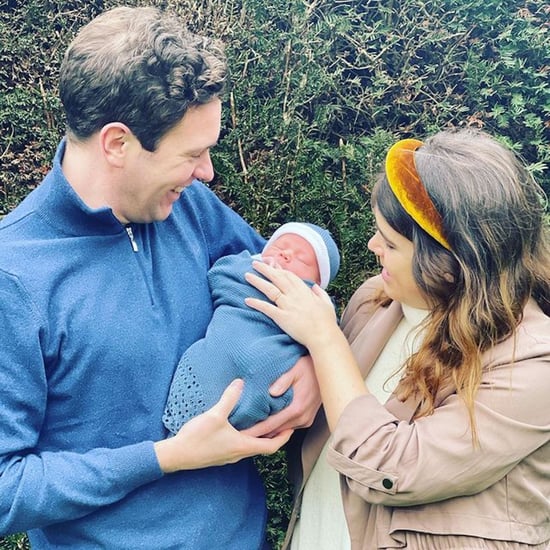