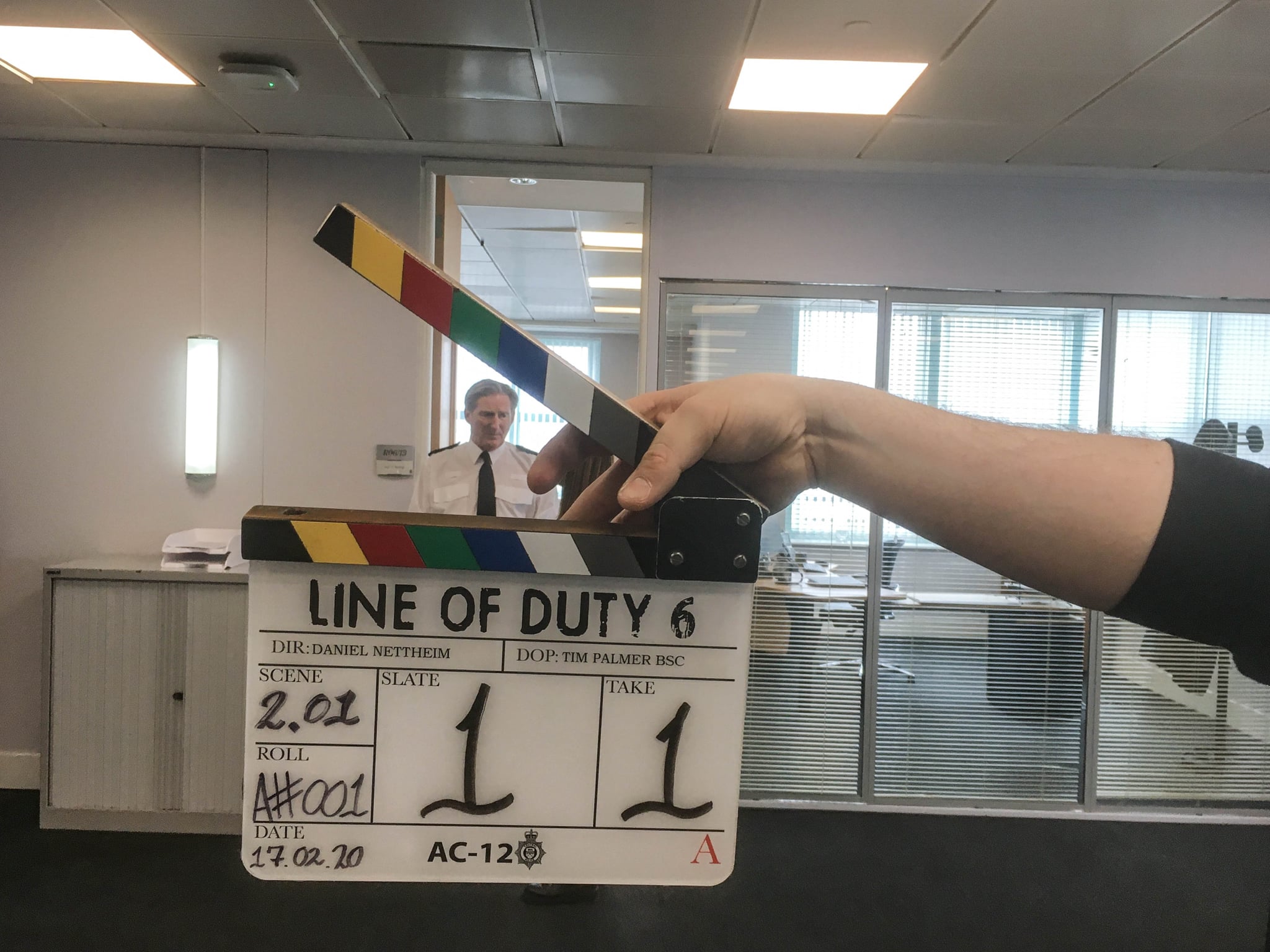 After the series five finale of Line of Duty was watched by a whopping 13.5m viewers in the UK, it should come as no surprise that a sixth series of the BBC police drama is in the works. After what has felt like an eternity, we finally have more details on the upcoming series. If you just can't wait to find out what AC-12 will get up to next, here's everything we know — including the exact date it's expected to hit our screens.

Who Will Return For Series 6 of Line of Duty?

Series regulars Adrian Dunbar (Ted Hastings), Martin Compston (Steve Arnott), and Vicky McClure (Kate Fleming) are all confirmed to return for the next season. Writer and showrunner Jed Mercurio is also back on board, so you can be sure the new season will have all the twists, turns, and edge-of-your seat moments that the show has become known for. The cast had a catch-up in a pub at the end of November, with Compston already making jokes about Steve's infamous waistcoats.

Cannae beat a catch up with these two. Next time we’ll most likely be in uniform or at least Adrian will I’ll be in a new 3 piece 😜 https://t.co/95Uf93Octf pic.twitter.com/TpHjsZqk8R

Who Will Guest Star in Series 6 of Line of Duty? 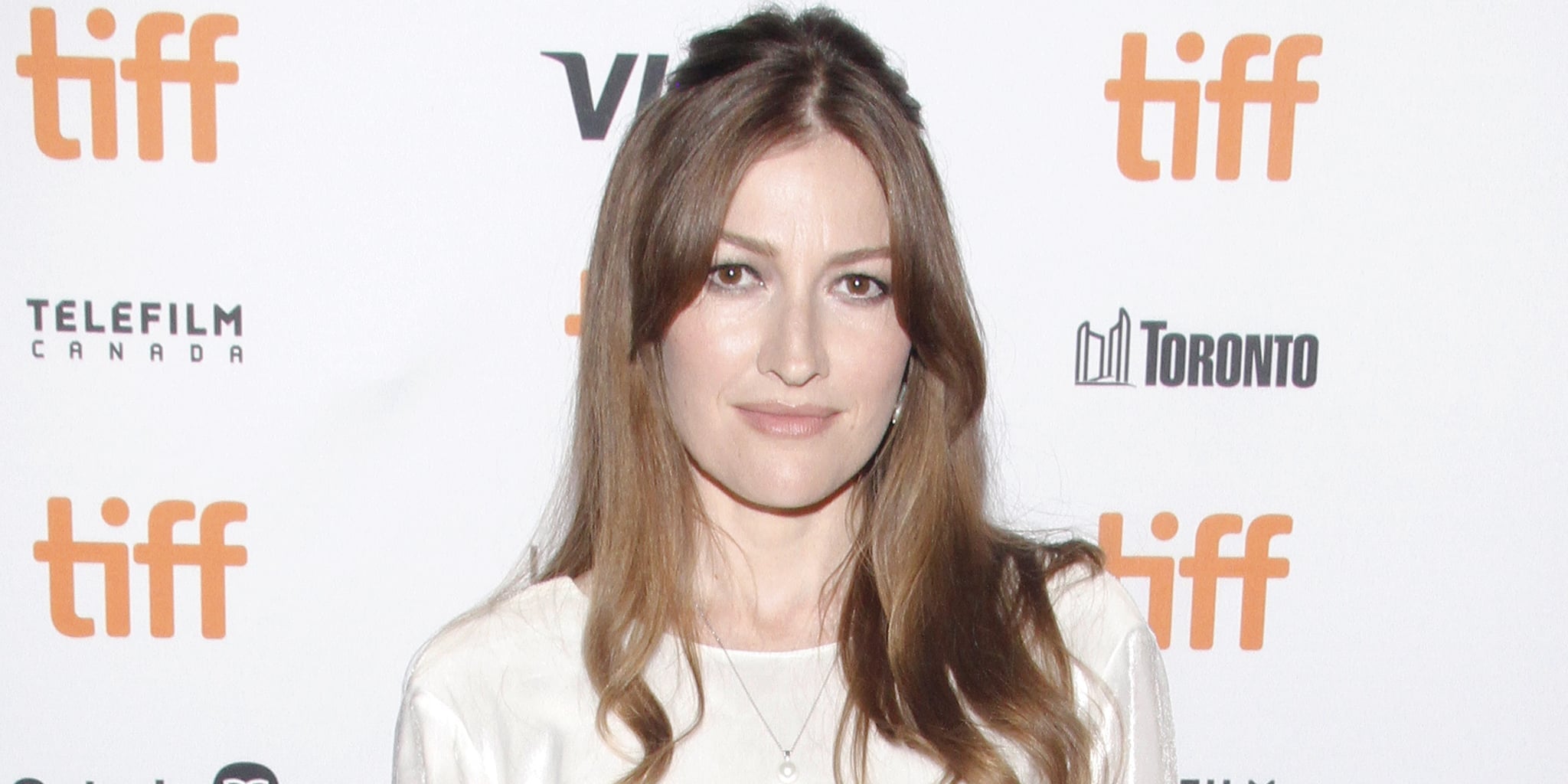 Each season, a new character is investigated by the anticorruption team, and this time around, it's the turn of Detective Chief Inspector Joanne Davidson, who'll be played by Scottish actor Kelly Macdonald. She is described as "the senior investigating officer of an unsolved murder, whose unconventional conduct raises suspicions at AC-12." Mercurio has said of the character, "DCI Joanne Davidson will prove the most enigmatic adversary AC-12 have ever faced," which says a lot if you're familiar with the performances of previous guest stars like Keeley Hawes and Thandie Newton. Macdonald will be a familiar face to most of us, with a slew of TV appearances and big films like Trainspotting and Gosford Park on her CV. Younger audiences may recognise her as Helena Ravenclaw in the Harry Potter series and as the voice of Merida in Disney's Brave (yep, that's right, she's a Disney princess). Most recently, she's been sharpening her skills playing a police detective in the stylish BBC drama Giri / Haji.

Australian actress Shalom Brune-Franklin — best known for her roles in the 2020 Netflix original series Cursed and the BBC's Our Girl — is also a new addition to series 6, playing DC Chloe Bishop, a member of AC-12. Brune-Franklin was excited to join the cast, telling Radio Times that it was a huge "tripout" to be a part of a show she was such a fan of. "I was running around being a fangirl and I don't know if that's ever going to wear off." Newcomers to the Line of Duty series 6 cast this season also include actors Andi Osho, Prasanna Puwanarajah, and Perry Fitzpatrick.

When Does Series 6 of Line of Duty Start Shooting?

Production of the show was halted in March 2020 due to the coronavirus pandemic. Reshooting began in early September when restrictions were lifted and is currently still ongoing. Mercurio has posted many behind-the-scenes shots on his Twitter since filming started back up again to get fans excited.

When Will Series 6 of Line of Duty Be on TV?

In November 2020, it was confirmed to Radio Times that season six will finally hit our screens in March 2021 — 21 March to be exact, airing weekly at 9pm on BBC and BBC iPlayer.

In February, the BBC also confirmed that series 6 will be giving us even more of AC-12 to enjoy, with the show running at seven episodes instead of the usual six — a fact the cast confirmed in a cheeky video on Twitter.

Listen up, fellas. When the gaffer asks for more, you better deliver.#LineOfDuty returns for Series 6 with an extra episode (7 instead of 6). Coming soon to @BBCOne and @BBCiPlayer. pic.twitter.com/oQ7g9oMVYe