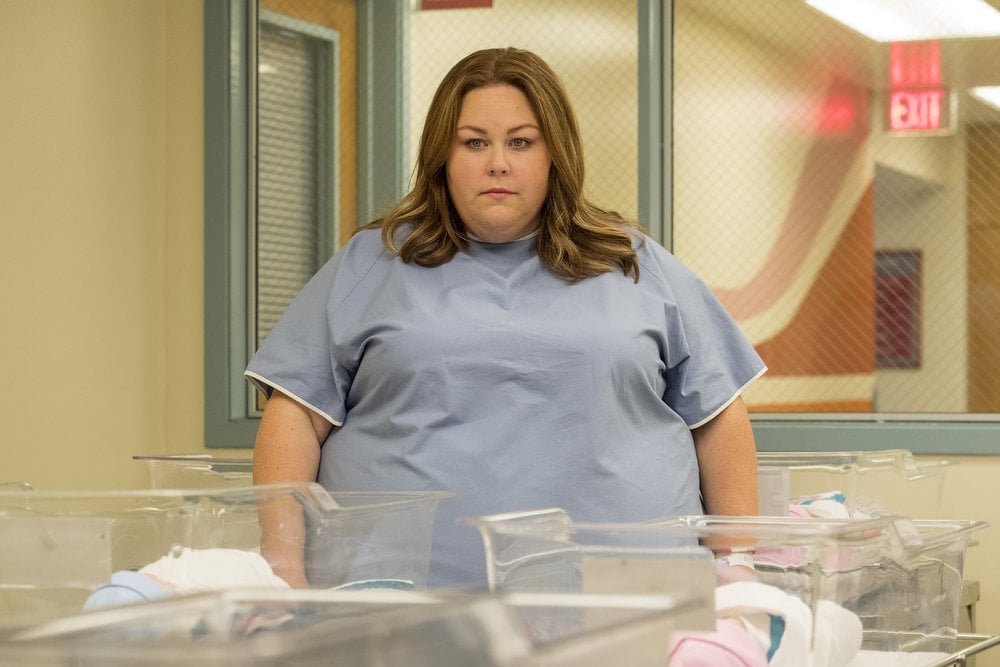 If you're a fan of This Is Us, you've seen Kate's emotional struggle with infertility. Many women can relate to her character's heartbreaking ups and downs, which have so far included a miscarriage, her decision to try IVF, a doctor's refusal to help her due to her weight, an agreement from that same doctor soon after to at least try, and, most recently, an egg retrieval surgery. Since the show's accuracy and attention to detail have always been on point, you might be wondering if a woman's weight really does affect fertility, IVF, and the ability to carry a baby to full-term.

According to Dr. Zaher Merhi, director of research and development in IVF technologies at New Hope Fertility Centre in NYC, obesity is linked to poorer egg quality in women and even poorer sperm quality in men: "It may also cause a woman not to ovulate at all and/or have very irregular periods. Therefore, getting pregnant is definitely more difficult when a woman is overweight, and exceedingly difficult when both the male and female are."

Related:
21 Things You Should Absolutely Never Say to a Woman Trying to Get Pregnant

Many women with a high BMI, which was mentioned by Kate's doctor on the show, look to IVF after unsuccessfully trying to get pregnant through intercourse. And while it may be seen as controversial, some IVF clinics do have limits as to when they don't accept a woman as a client. According to Dr. Meredith Snook of Reproductive Health Specialists in Pittsburgh, some women with a BMI between 35 and 40 may be turned away from IVF due to health concerns. "When a woman has that high of a BMI, the medications that they must take during IVF simply do not work as well," she explained. "The woman is also at a higher rate to have a miscarriage, or they may not react well when they are put under anesthesia. Further, if a woman is obese, it can make embryo implantation more difficult. However, this does not make getting pregnant impossible."

If a woman does become pregnant, either naturally or with the help of IVF, there are still many risks. Dr. Merhi stated that if an obese woman does become pregnant, their odds of acquiring gestational hypertension (leading to preeclampsia) or gestational diabetes are higher. She also said that further complications include the risk of needing a C-section, preterm labor, birth defects, and even neonatal defects. While all of this is quite scary, it's vital to talk to your own obstetrician about your weight when trying to get pregnant.

Related:
An Open Letter to My Friend Struggling With Infertility

It's so refreshing to see a character like Kate endure all of the hardships of infertility that aren't talked about enough or shown in the media, because those of us who have been there before can certainly relate.