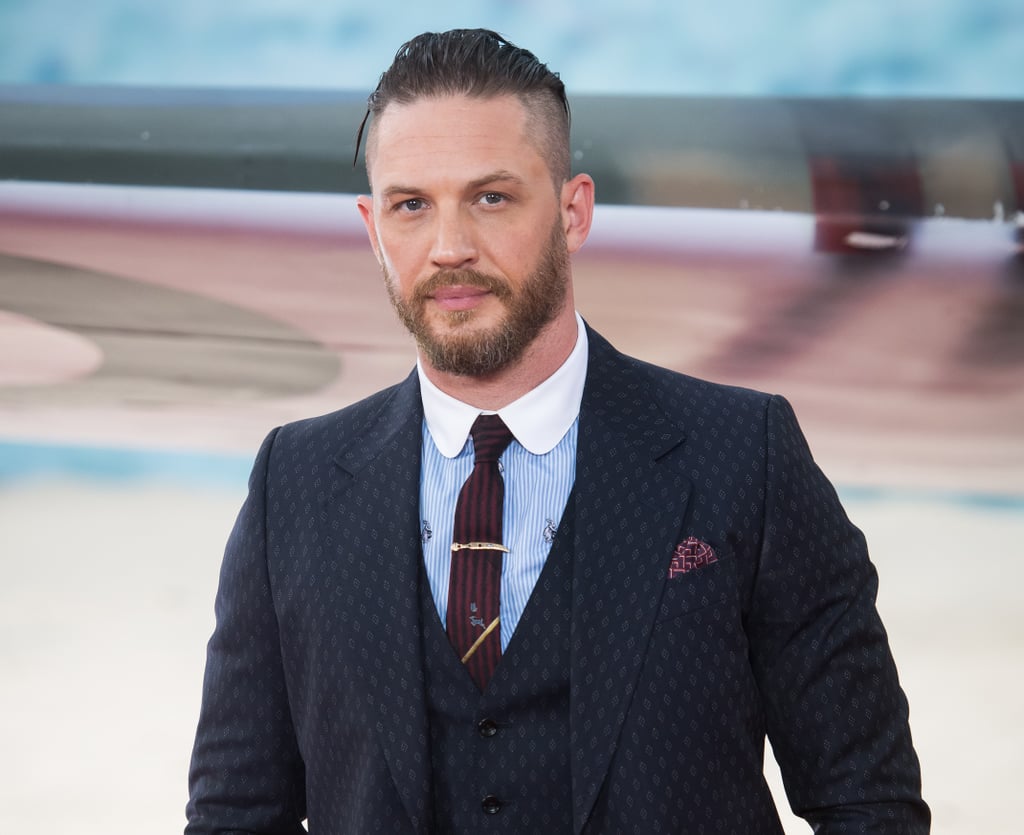 It's Official, Tom Hardy Is the Most-Fancied Man in Britain

It won't come as a surprise to most of us that Tom Hardy is the male celebrity that Brits would most like to go on a date with. Missy Empire recently surveyed 2,000 people to find out their dream Valentine, and Tom beat off stiff competition from Gary Barlow (no, really) and Ryan Gosling to come out on top. Meanwhile, Emilia Clarke, Margot Robbie, and Beyoncé made up the top three when it comes to female crushes.

It's not hard to see why people find Tom so appealing. Those movie-star good looks aside, he's talented, kind to animals, he often gives his time and money to charity, and he chases down robbers like it's no big deal. He never backs down from a bet, and don't get us started on his stints as a rapper and a male model.

But the most important thing and probably the reason so many of us wish we could date him? Because he clearly makes an amazing husband. While Charlotte Riley might have nabbed Tom in real life, there is no harm in dreaming right? So while we plan a Peaky Blinders binge on Netflix, here's a little reminder of why so many people are crushing on Mr Hardy.

British Celebrities
"They Said It Wouldn't Last": Victoria and David Beckham Celebrate Their 23rd Wedding Anniversary in Paris
by Joely Chilcott 11 hours ago